A boutique hotel, envisioned as a “dreamy mix of the elegant and bizarre”, has opened up inside a 1970s firehouse in Los Angeles.

The property marks the first boutique hotel in the city’s up-and-coming Arts District, and is aptly named the Arts District Firehouse Hotel. 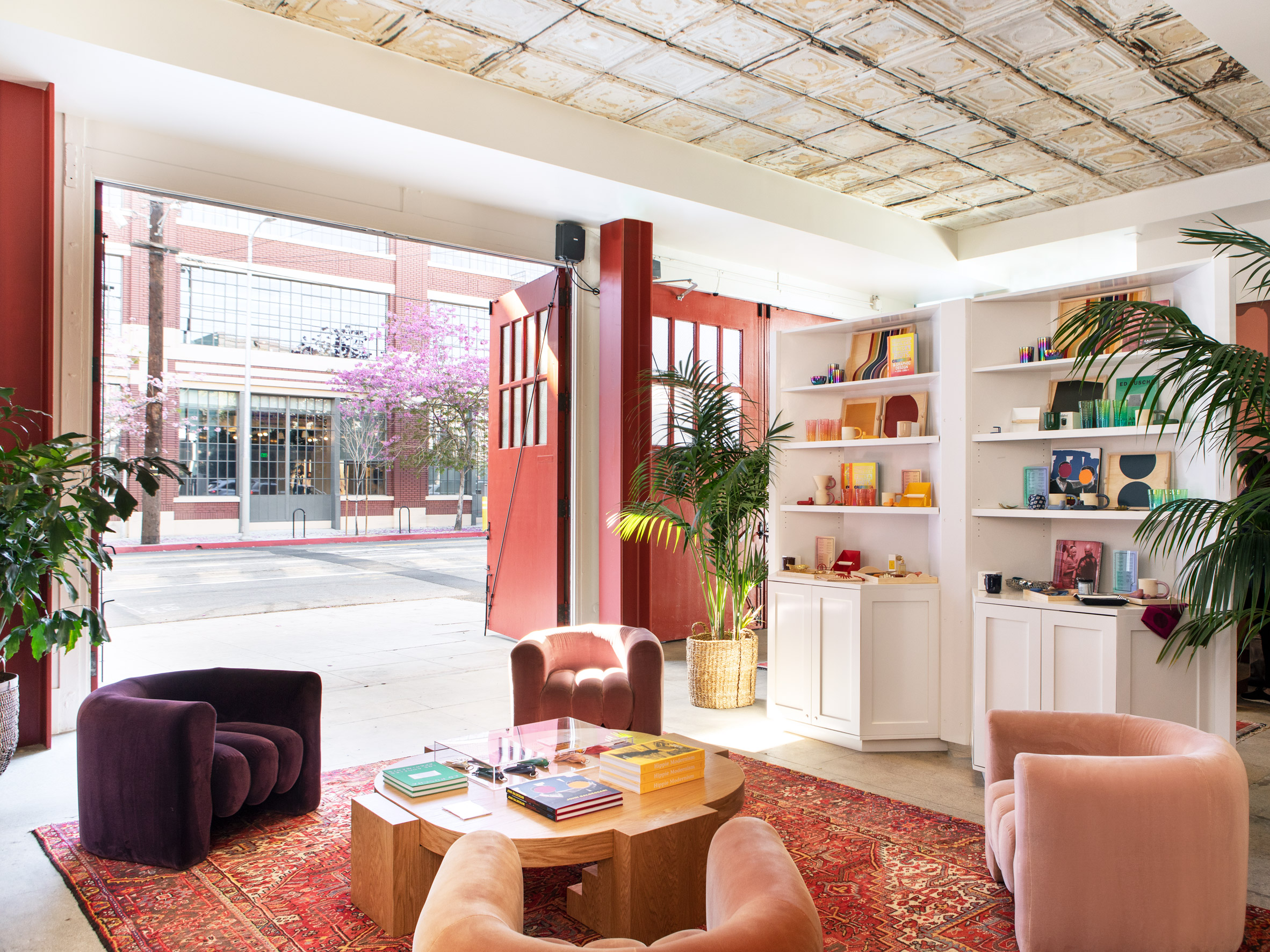 The property is housed in an old firehouse, which was built in 1927, and contains nine suites, alongside a restaurant, bar, cafe and retail shop.

Entrepreneur Dustin Lancaster spotted the property over 10 years ago when it was being used as a gallery space. He then enlisted developer Tyler Stonebreaker of Creative Space for the build-out. 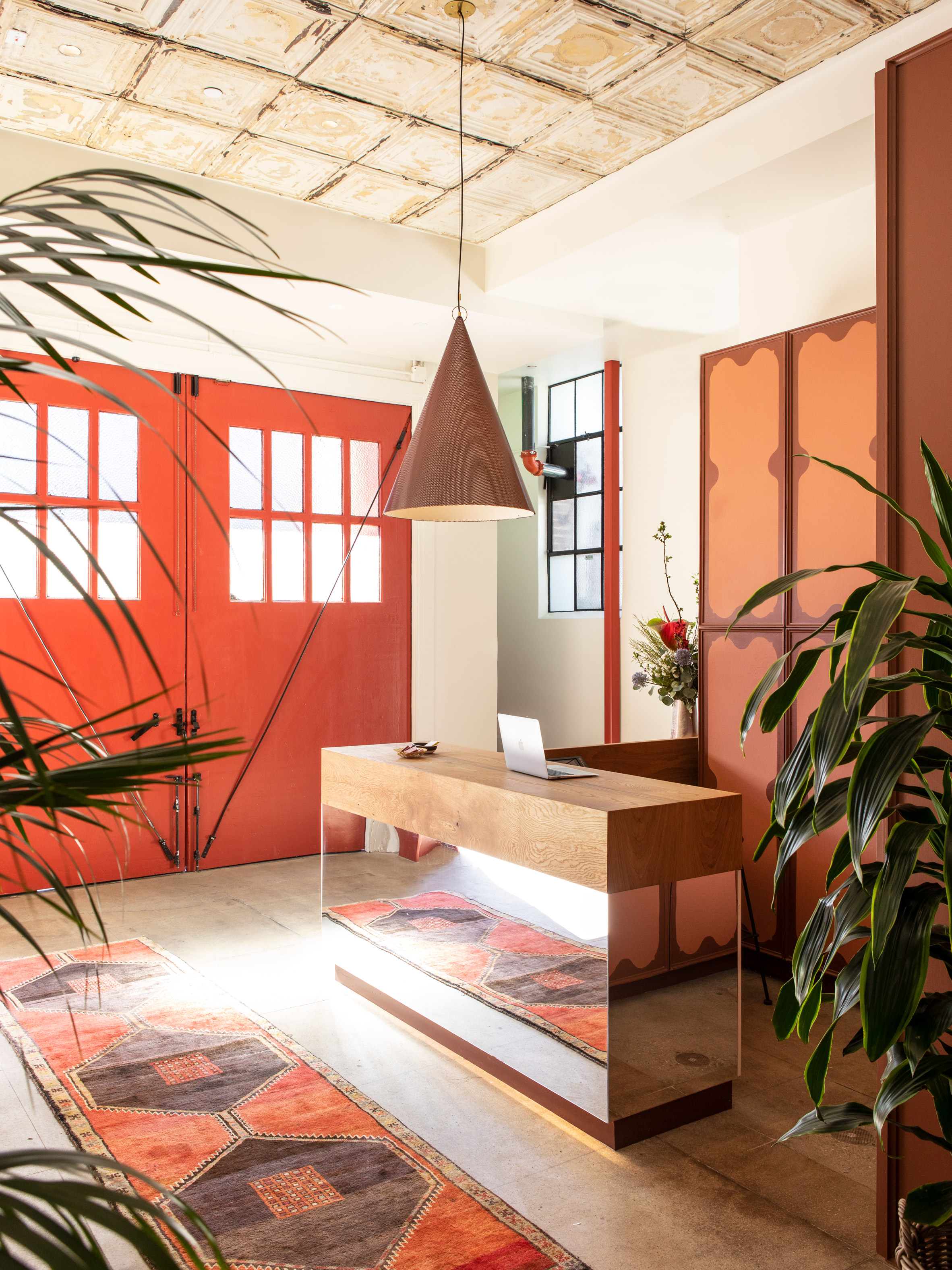 “The adaptive reuse and historic restoration took exactly two years from start to finish, from the initial property tour to the opening day of the hotel,” Stonebreaker told Dezeen.

The exterior – recognised for its scarlet garage doors and Engine Co No 17 etching — is protected as a registered historic building. In response, the duo found select moments within the interior to pay homage to its significant history, while leaving the facade untouched. 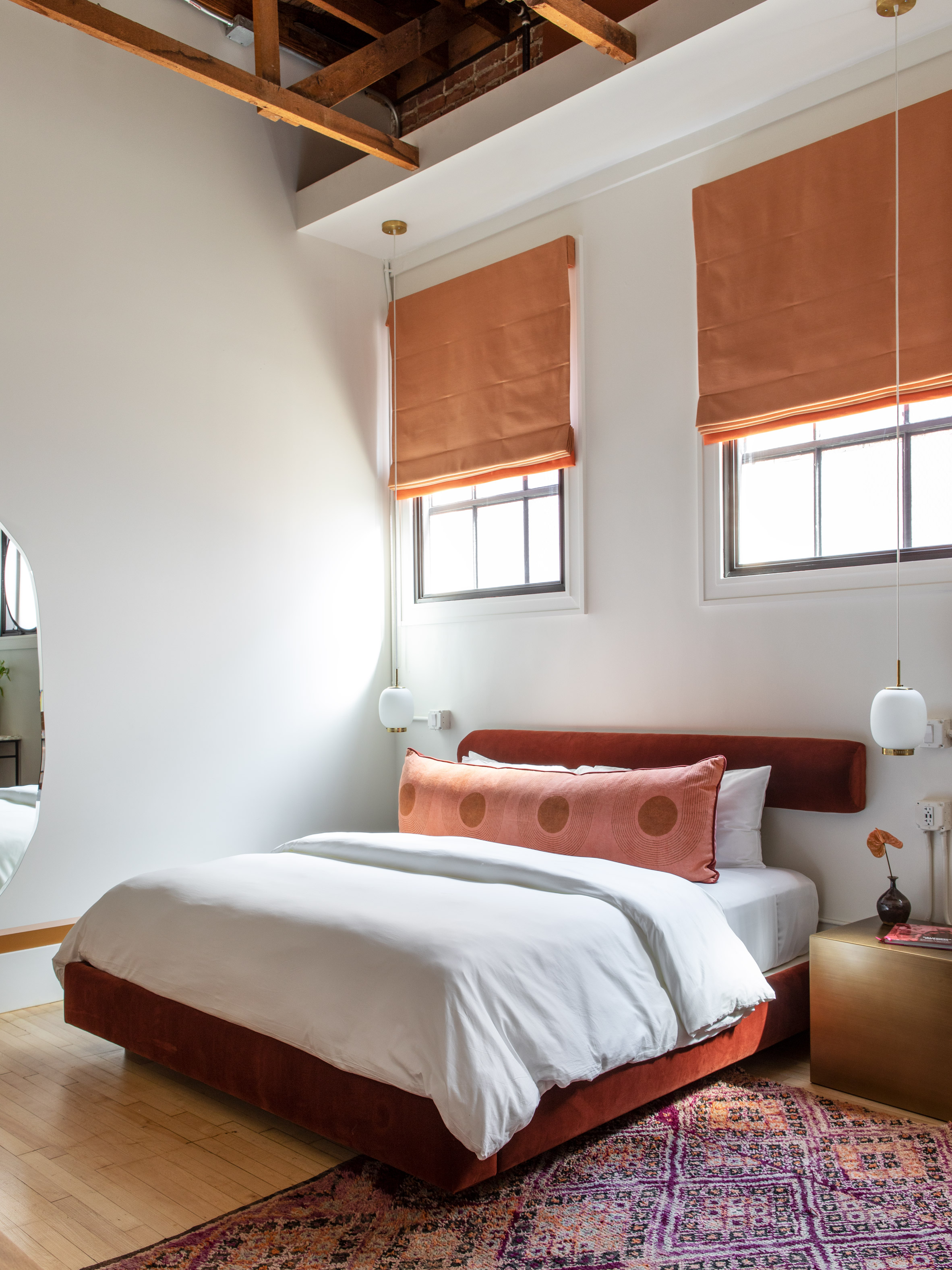 “Functionally it was challenging to maintain and expose the original surfaces, while also providing hotel guests the quiet and comfort they would expect from a luxury boutique hotel,” Stonebreaker added.

To address the concern of sound-proofing the space, the original tin ceiling on the ground floor was stripped to add acoustic separation, then reattached. Preexisting windows were retained by adding a custom layer of acoustic glass that wouldn’t be visible from the exterior.

“One of my favourite historic features is the handball court outside with its original finish and patina,” said Stonebreaker.

“The uniqueness and weathered character of the walls are not something that can be recreated.” 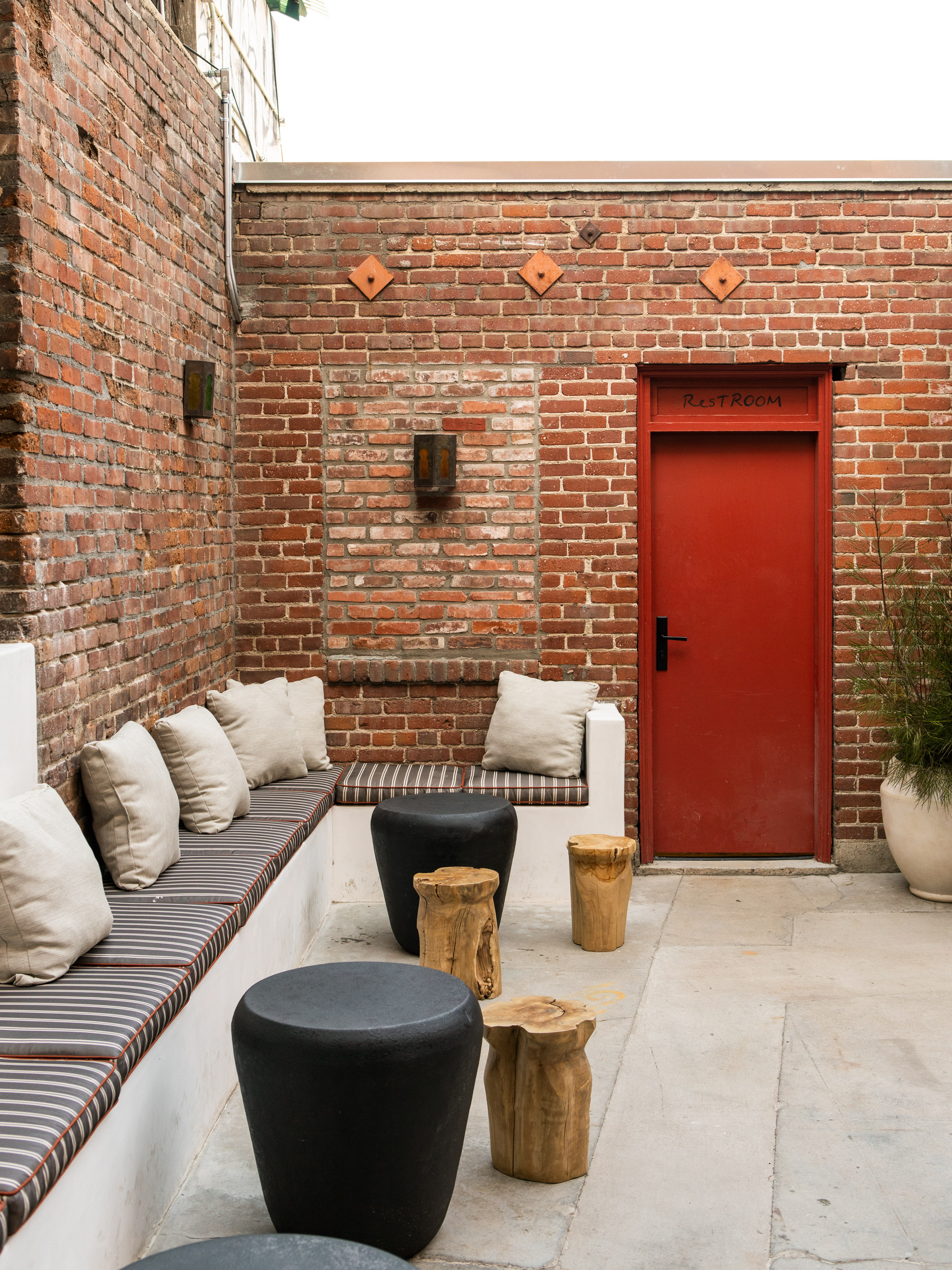 Sally Breer of interiors firm ETC.cetera oversaw the interior decor. She developed a whimsical design philosophy from a fictional narrative she spawned around a mother and daughter who inhabited the building in decades past.

“The idea was that Mabel, the mom, took over the building as a boarding house in the 1940s and then later her daughter, Marta, came in the 1970s and messed it all up,” Breer said. “So there is this classical element, but also a playfulness.” The nine suites at Arts District Firehouse Hotel are intended to capture a “dreamy mix of the elegant and bizarre”. Each is individually designed in layout and colour theme and named accordingly: Red, Orange, Yellow, Green, Blue, Indigo, Violet, White and Black.

While Breer cites unique inspirations for each room — 1970s funk in the Black room, Japanese design for the Indigo room, for example — it’s the multi-surface appearance of artisanal, glazed terra-cotta tiles from Clé that threads them together. Historical architectural details like pressed-tin panels and wood floors are preserved, though Breer sourced art, lighting, and decorative objects from her local network of creators and collectors. 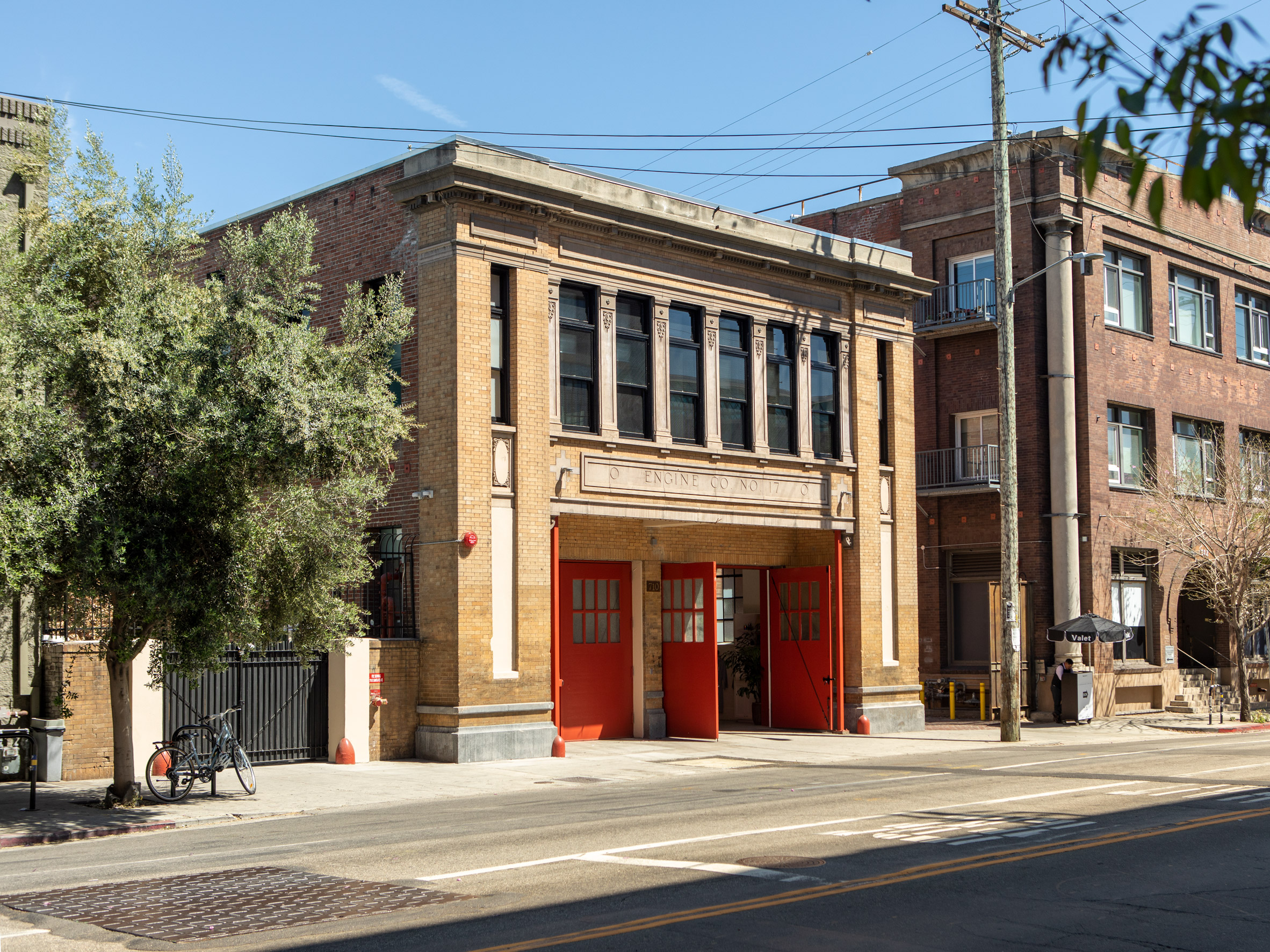 Photography is by Laure Joliet.